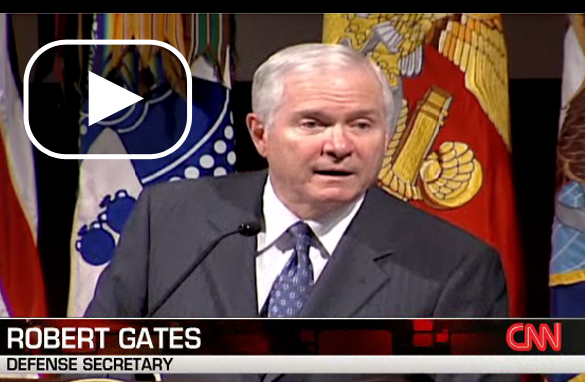 Steely-eyed Defense Secretary Robert Gates, who formerly headed the CIA, is known as a tough leader - but he’s also known to get emotional when talking about wounded troops. When it comes to the responsibility of sending men and women to war, he takes it to heart. Gates choked up at the Pentagon today while speaking to wounded warriors and their families, particularly upon recounting his visits to Army hospitals.