For man shot in back, Justice too late in New Orleans 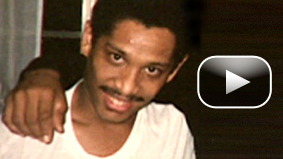 I’m guessing the New Orleans Police thought we would just take their word for it. We didn’t.

It took us more than a year, but what we found out about Ronald Madison proved justice in New Orleans is only for those who wear a badge.

Ronald Madison was a 40-year old mentally disabled man who had survived Katrina flooding with his brother Lance. On a Sunday morning they swam out of their mother’s home and headed for the Danziger Bridge. You can read more about their ordeal, and Ronald’s tragic death, in the stories below.

What you need to know now, is three years after he was killed by police, the Civil Rights Division of the Department of Justice and the

Thee gunman turned out to be plain clothes New Orleans cops. It took us a year to find it, but after CNN revealed the autopsy and then found an eyewitness, the 7 officers were indicted. Two weeks ago all the charges against those officers were dismissed by a New Orleans judge because the New Orleans District Attorney’s office violated rules during a grand jury hearing.

All just a little too convenient, isn’t it?

So now, three years later, the U.S. Justice Department is stepping in to perhaps finally bring “justice” to Ronald Madison. Like almost everything else the Feds have done to help New Orleans recover from Katrina, it’s just too little too late.