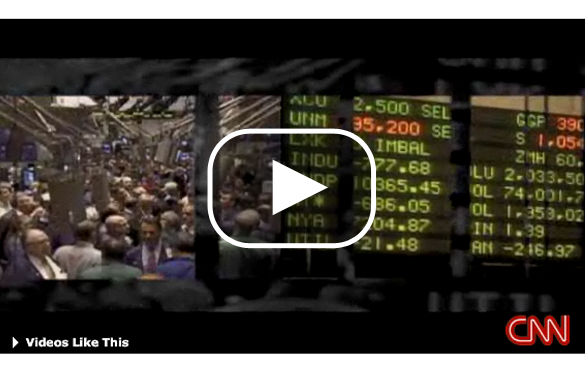 CNN's Frank Sesno reports on the Washington power vaccuum exposed by the nation's financial crisis. Watch his report and see what grade the Congress, President, and economy receive according to the latest polls.

Congress to the rescue! (Maybe)

The Senate plans to vote on bailout Plan B between 8:30pm and 9pm tonight. A strangely precise schedule for a legislature so confident but so wrong in predicting that it had a bailout package on Monday. Especially since it has a couple other thingy-dingy bills to pass first tonight. If the Senate can function like a Swiss watch today, why can't it every day?

And the House plans to vote on the Senate bill on Friday. That is, if leaders believe they have the votes to pass the bill. If they don't, one of our most esteemed planning managers said, with irony and pith worthy of Ben Franklin,"Times are fungible."

10:45a PT
O.J. Smpson's friend testified Wednesday that two former co-defendants in the case tried to extort money from him.

Tom Scotto told the jury that alleged gunmen in the kidnapping and robbery trial, Michael McClinton and Walter Alexander, wanted 50 thousand dollars in exchange for testimony favorable to Simpson.

McClinton and Alexander made plea deals with prosecutors that could result in them receiving no prison time.

According to Scotto, he knew McClinton was a "street thug."

The witness testified McClinton threatened him saying "we (Scotto and Simpson) better come up with 50 thousand dollars or else."

Scotto owns an auto shop in Florida and was in Las Vegas last year to get married, when Simpson was arrested here on kidnapping, armed robbery and other charges.

O.J. Simpson's close friend Tom Scotto is expected to testify for the defense today in the armed robbery and kidnapping trial.

Simpson arrived minutes ago with his lawyers who indicated Scotto could be on the stand for "a long time."

Simpson traveled to Las Vegas last year to attend Scotto's wedding, but was arrested before the ceremony with five other men involved in a sting at the Palace Station Hotel to recover sports memorabilia the ex-football star says was his.

Defense lawyers are expected to ask Scotto about whether former codefendants in the case allegedly suggested to him they could give favorable testimony to Simpson, if they got "help," meaning money.

The emergency legislation currently before Congress was ill-conceived – or more accurately, not conceived at all. As Congress tried to improve what Treasury originally requested, an amalgam plan has emerged that consists of Treasury’s original Troubled Asset Relief Programme (Tarp) and a quite different capital infusion programme in which the government invests and stabilises weakened banks and profits from the economy’s eventual improvement. The capital infusion approach will cost tax payers less in future years, and may even make money for them.

Two weeks ago the Treasury did not have a plan ready – that is why it had to ask for total discretion in spending the money. But the general idea was to bring relief to the banking system by relieving banks of their toxic securities and parking them in a government-owned fund so that they would not be dumped on the market at distressed prices. With the value of their investments stabilised, banks would then be able to raise equity capital. 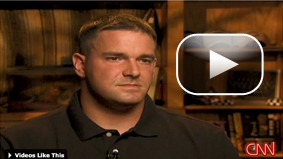 Watch David Mattingly's report earlier this year on a Chicago cop says he was wrongly convicted for his role in an off-duty fight.

Editor's Note: The Iowa Court of Appeals overturned the assault conviction of former Chicago police officer Michael Mette and ordered him acquitted. Mette was a four-year veteran of the police department when he was found guilty in 2007 of assault causing serious injury in connection with a fight two years earlier. Jacob Gothard was left with brain hemorrhages and a broken nose, cheekbone and jaw. Mette has served 11 months of a 5-year sentence.

After 11 months behind bars, Mike Mette is vindicated.

The Iowa appeals court ruling agrees that he acted in self defense when he punched a drunk college student during an off-duty argument. It is a day of celebration for a large group of his supporters in Chicago.

Led by Mette's father, the movement to "free Mike Mette" even reached the mayor of Chicago.

It will be interesting to see if Mette will return to being a police officer.

The Shot: Now that's a dog! 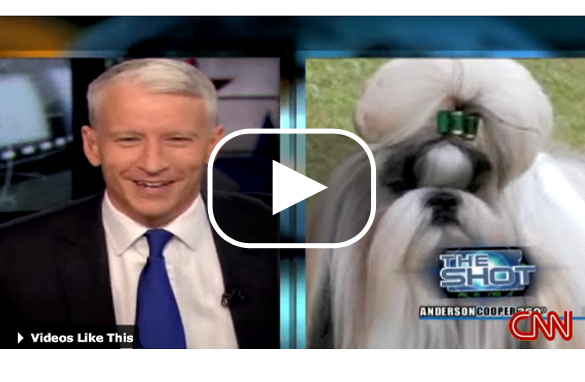 A faithful viewer has decided to give Anderson a great honor - naming the family dog after him!

We opened the show last night with breaking news from Washington, D.C. after we got word that the Senate is ready to act on the financial crisis. A slightly modified version of the bailout bill will be voted on tonight after sundown (the sunset Wednesday brings an end to the Jewish New Year). Our guidance is that this vote could occur between 730pm-9pm ET, so we will have the latest by the time Anderson hits the set.

Wall St had already closed when word from the Senate got out last night, but still stocks had already rallied. The bailout plan has some new provisions in it which the Senate will vote on, including a hike to the FDIC insurance cap from $100,000 to $250,000, and additional tax breaks. We’ll be watching how this vote goes tonight.
END_OF_DOCUMENT_TOKEN_TO_BE_REPLACED