A few weeks ago, I blogged about stopping by Mr. Herbert Gettridge’s house to check on him after Hurricane Gustav passed through New Orleans. Well, I finally got through to him today, and he said he made it through with little to no damage. He had evacuated to Baton Rouge and said he should’ve stayed home since it was worse up there.

In the years since Katrina, he’s been able to have his wife move home, as well as having children and grandchildren come and stay in their home. He told me that he’s finally getting neighbors again and he looks forward to having more.

He also wanted to let you all know that he appreciates your prayers and thoughts of concern. He is New Orleans, and plans to be there for a long time to come.

Back in January, we talked to New Orleans resident Herbert Gettridge about the struggle to rebuild a city. 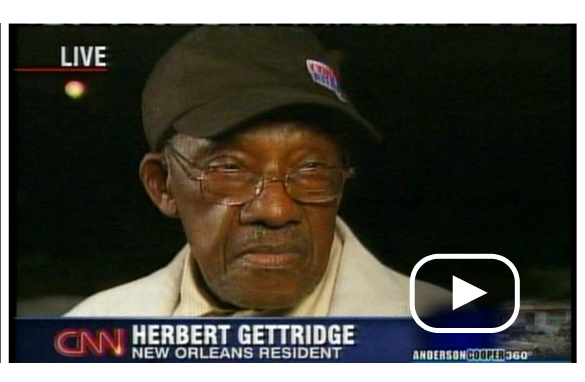