Beat 360° is back to bring laughter into your lives after taking Labor Day off! You've missed Beat 360°, and Beat 360° misses you too!

We post a picture – and you provide the caption and our staff will join in too.

Check back later to see if you are our favorite!
Here is the 'Beat 360°’ pic of the day:

'Jacques,' a West Highland Terrier, stands in front of a police officer in riot gear on day one of the Republican National Convention (RNC) at the Xcel Energy Center, Monday, in St. Paul, Minnesota. 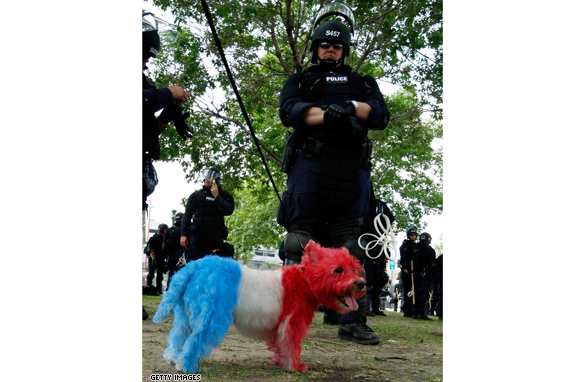 With the dog days of the campaigns upon us, the red, white and blue states seem evenly divided.