West Bank's untested levees could be target for Gustav

Editor's Note: This dispatch was sent in by CNN's Drew Griffin in Mississippi. Within a half-hour, the sky grew dark and the winds picked up. Here is Drew's dispatch:

I'm sitting on the levee of the Mississippi in Gretna. It's across the river from New Orleans in what's called the West Bank.

My story tonight focuses on the lack of improvements to the levees over here – mostly because the West bank stayed dry during Katrina. But now that Gustav is hitting... or could hit... at a bad angle for the West Bank, the area is under mandatory evacuation.

Take a look at this photo-the busy Mississippi has no traffic now for hours. We're all just waiting now-and I just felt a drop of rain. 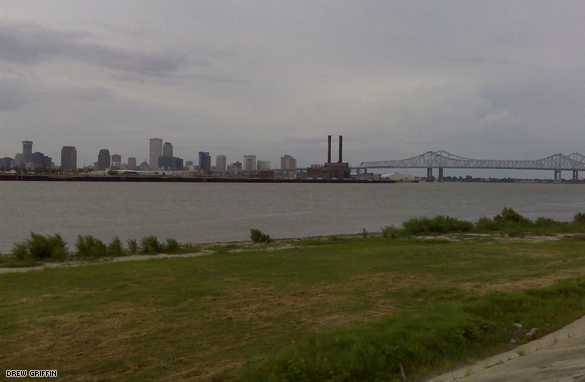