Cheney speaking at Republican Convention after all

Seeking to head off an ugly confrontation with conservatives, John McCain's campaign has decided to invite Vice President Dick Cheney to give a speech at the Republican National Convention after all.

Conservatives had been grumbling about a potential Cheney snub ever since word leaked Monday about the rare possibility of the sitting Vice President not attending his own party's convention.

A Republican official had told CNN there was a "mutual understanding" between the White House and the convention planners that Cheney was "unlikely" to attend because the McCain camp wants to turn the page on the Bush years.

Allies of the Vice President were trying to soften any talk of embarrassment by noting Cheney's schedule is pretty packed with potential travel anyway, so he might not be able to make the trek to St. Paul anyway. END_OF_DOCUMENT_TOKEN_TO_BE_REPLACED

Conservatives who support election-year efforts of so-called 527 groups are about to get a tough new notice: donate at your own risk.

A new liberal group, Accountable America, is offering a $100,000 reward for any information that results in “the conviction or judgment against a conservative or business-related organization” that runs afoul of federal campaign finance regulations – and planning to send “warning” letters to roughly 10,000 major Republican donors next week laying out the p.r. headaches and legal risk they could encounter if they decide to give.

In a statement sent to reporters, organizers describe the new group as “an effort to deter attempts by Republican donors aimed at ‘swiftboating’ Democrats from Barack Obama to Senate and House candidates.”

The campaign will also include a Web presence and possible television ads.

Long-time progressive operative Tom Matzzie is heading the effort – which is targeting some top McCain donors, like Sheldon Adelson, by name.

Program Note: In the next installment of CNN's Black in America series, Soledad O'Brien examines the successes, struggles and complex issues faced by black men, women and families, 40 years after the death of the Dr. Martin Luther King Jr. Watch the encore tonight, 10 p.m. ET

Last night, I heard the words “black men are intimidated by black women”. I cringed. Again, the same words, the same victim, and the same problem. When will black women stop blaming others for their single status or lack of a good quality man in their life?
END_OF_DOCUMENT_TOKEN_TO_BE_REPLACED

Georgia 'under attack' as Russian tanks roll in 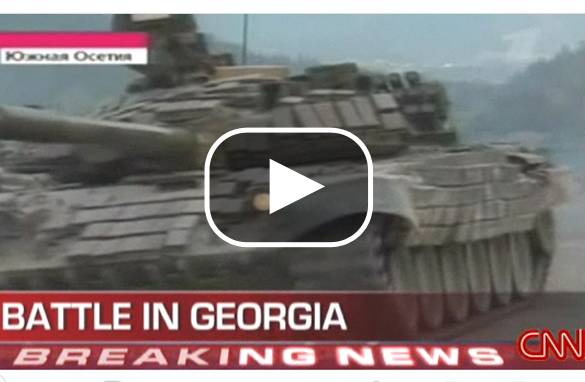 Georgia's president said Friday that his country is under attack by Russian tanks and warplanes, and he accused Russia of targeting civilians as tensions over the breakaway Georgian region of South Ossetia appeared to boil over into full-blown conflict.

We’re live tonight because of the John Edwards story. Keep your eye on CNN.com for upcoming airings of Black in America.