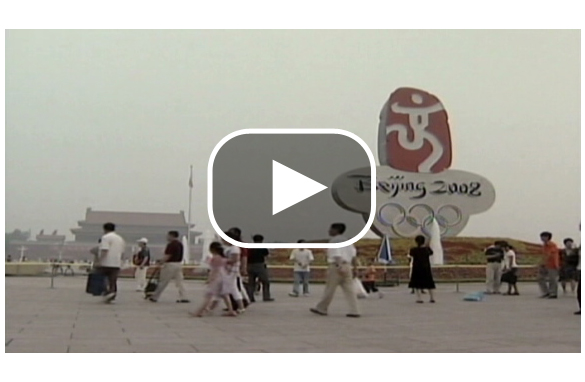 Smog hangs over Beijing, and small but effective protests are more common than ever. All this, and the event hasn't even begun. Anticipation looms and security is getting tighter and tighter.

Presidential campaigns can be depressing times when you are in the fact–checking business, because so many of the “facts” being waved around wind up as shaky as Karl Rove at a Plame family reunion.

Take just one round of Olympic-Size Policy Pitching this week.

Both candidates were on the trail, once again, making bold statements full of reasonable assertions about what we need to do to cut our dependence on foreign oil, develop alternative fuels and vehicles, and generally get our economy on somewhat sounder footing. Both marshal an impressive array of facts to support their claims. But economic, political, tax, and energy analysts all say both senators have left out critical parts of the equation. END_OF_DOCUMENT_TOKEN_TO_BE_REPLACED

Morning Buzz: What does Hillary have up her sleeve?

Lots of scuttle yesterday and today about what "the heck is Hillary up too?" Thus forcing the Clinton and Obama press offices put out a joint statement of unity in response to the ABC News report from a California fundraiser suggesting that Clinton hasn't totally surrendered her convention bargaining chips.
Asked by a supporter at a California fundraiser whether she would consider putting her name into nomination at the Democratic National Convention later this month, Clinton suggested she was considering the option. "I happen to believe that we will come out stronger if people feel that their voices were heard and their views were respected. I think that is a very big part of how we actually come out unified," she said. "No decisions have been made. And so we are trying to work all this through with the DNC and with the Obama campaign." In an email from the Clinton and Obama press offices, the campaigns downplayed any potential conflict. "We are working together to make sure the fall campaign and the convention are a success.....But a veteran of Democratic Convention mechanics, Matt Seyfang, explained that Clinton holds some real procedural power, and could probably - if she chooses - force a symbolic vote at which her supporters could express their public dissent with the Democratic Party's decision....sound like trouble with a capital "T" if you ask me...but no one really is, so I will move on...