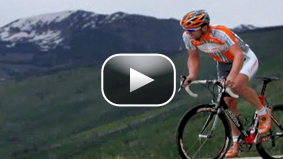 When an athlete is tested for banned substances, most of us have a certain expectation the result will come back positive or negative. And, based on that result, an athlete will either be innocent or guilty. But, it’s not even close to being that easy, according to a new article in Nature, written by biostatistician Dr. Donald Berry (Read study). Dr. Berry calls the science so “weak,” it is often impossible to tell whether an athlete, who has tested positive for a banned substance, really doped or not. Even as a student of statistics, this was pretty amazing to me, so I decided to look further.

Dr. Berry uses the example of Floyd Landis to make his point. Berry concurs Landis had an unusual test result, but argues that result is pretty meaningless. Here’s why: because Landis provided 8 pairs of urine samples, and assuming an approximately 95 percent specificity, the probability of all 8 samples being labeled “negative” is the eighth power of .95 or just .66 (66 percent).

If that’s a little too much math and science for you at this hour, here is the final conclusion: Floyd Landis’ test had a 34 percent chance of being a false positive!