Marching with the Monks

Program Note: In the fight for freedom and democracy, their weapon is peace. Go inside the world of Buddhism with CNN chief international correspondent Christiane Amanpour. Buddha's Warriors. Saturday & Sunday, 8 and 11 p.m. ET 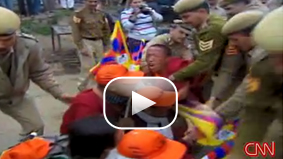 In March, Indian authorities and Tibetan exiles clashed during a protest march against China's rule. CNN's Brian Rokus was there filming 'Buddha's Warriors,' and filed this report.

It’s the end of a 25-day trip literally around the world. Work on two different documentaries has taken the crew and me to China, North Korea and South Korea. And now we’re on the side of the road in rural northern India enjoying a lovely lunch of chocolate bars and potato chips.

We're marching (and by marching, I mean riding alongside in our van) with 100 Buddhist monks who are trying to march from their home in exile in Dharamsala, India to the border of their native Tibet to protest China's rule there. The monks plan to cover 800 miles over the course of several months. The reality, however, is that nobody expects Indian authorities to let them get that far.

At first, it seems the march might be over before it even really starts. On their first night out of Dharamsala, we get a panicked phone call from the organizers. Come quick, they say, the police are here! So we rush down to the monastery where they're staying expecting to see a dramatic scene of riot police dragging monks into busses. Instead, we find a handful of officers with a pile of paperwork: restraining orders. They're allowed to continue marching, but not past the borders of their home state. The clock begins ticking.

So they march, and we drive, about 12 miles a day for the next few days. At lunch one day, while we enjoy our candy and chips, one monk takes time away from his bowl of rice to mark off a patch of dirt with branches. He's protecting a colony of ants from an inadvertent collision with the bottom of a monk's sandal. Another day brings constant rumors of police: They're coming up from behind us, they're waiting at the next intersection, they're waiting for nightfall. But nothing happens. The monks continue their march.

And as they march, we get farther and father away from our guesthouse in Dharamsala. We start leaving before daybreak and returning well after nightfall. The long days are tough on us, but not nearly as tough as they are on our driver who has to navigate some of the most treacherous roads I've ever seen. Luckily for all of us, he seems quite adept at making split-second decisions between the side of a cliff and an on-coming truck, all while avoiding the occasional livestock in the road. As we pass the first hotel we've seen in more than a day, he hopefully enquires "sleep here, tonight?" But we can't – not only is all of our equipment back in Dharamsala, but our guesthouse is also one of the few places we can get high-speed internet service which is critical to our ability to transmit our video back to CNN.

The end of the road for us and the monks comes early on their fourth day of marching. As we're literally two minutes from meeting the monks, we get another panicked phone call. This time it's the real thing. We come around the corner and find the monks staring down about a hundred Indian police officers. The monks don't go quietly. They scream and cry as the Indian police drag them into police busses. It's over in less than 30 minutes. The monks are taken to the local police station and held for several days. But their release brings a resumption of the march. After months of cat-and-mouse games with Indian authorities, the monks are again stopped within sight of their goal, the Tibet border. 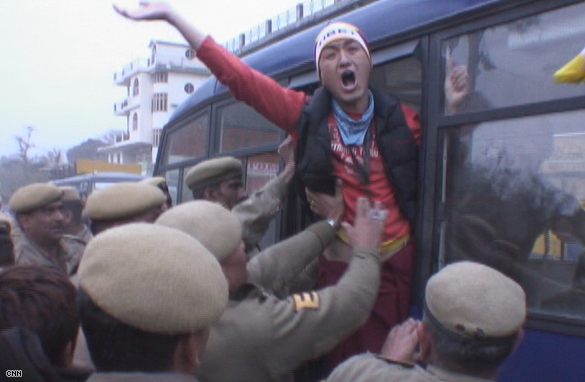 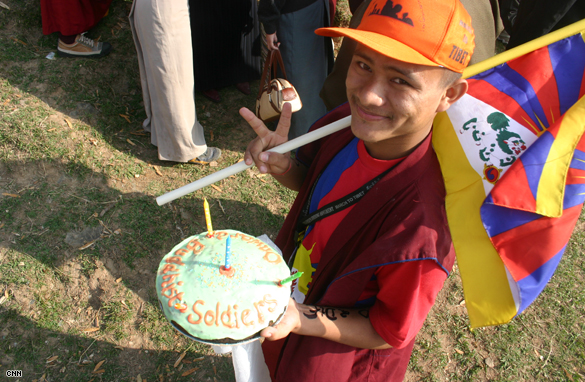 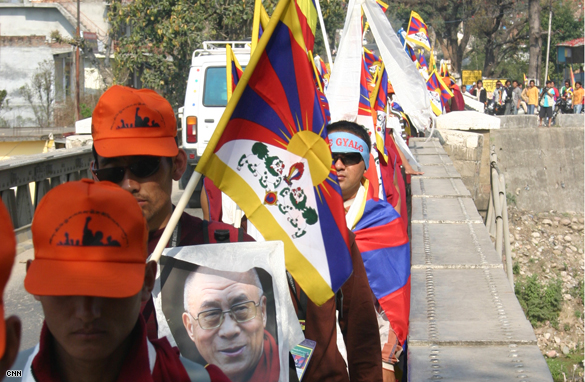 See more photos in the gallery