Looking at AIDS in the US 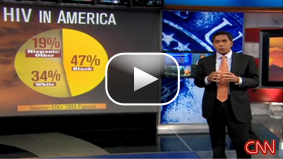 I have logged hundreds of thousands of miles, looking at the burden of AIDS around the world. I have been with the Partners in Health teams in Rwanda and the Clinton Foundation in Kenya. I have seen the work being done in Haiti, to name a few. Today, I would like to draw some comparison with what is happening right here at home.

As Jesse Milan, board chair of the institute, said, “When the world wasn’t looking, the AIDS epidemic refused to go away.” AIDS has always been a disparate African-American problem. Even at the beginning of this epidemic in the United States, when there were only a few thousand cases, more than a quarter of them were among African-Americans.