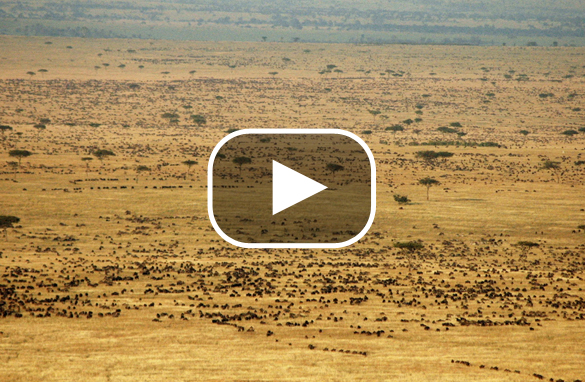 It’s one of the natural wonders of the world.

Over a million animals trek annually across the African plains. They cross national boundaries, forge rivers thick with crocodiles, and find the greener pastures of Kenya’s Masai Mara.

And it’s happening right now. Just imagine it for a second: herds thousands strong streaming through the golden grass of the savanna. There is always a single file of Wildebeest in the lead with a deluge following behind. Some of the herds are so massive that their front is in Kenya and their back in Tanzania.

This annual migration is now under threat by poachers.

And the Mara Triangle, on the border of Tanzania, is on the front lines. Around 40 rangers are responsible for patrolling the Mara Triangle-but their funding has all but dried up and they have cut back on vital patrols.

A portion of the entrance fees paid by tourists fund the anti-poaching patrols. The violence in Kenya earlier this year caused many people to cancel their trips. And though Kenya has been peaceful for months, occupancy rates in the Mara are less than 20 percent. The shortfall of tourists has hammered anti-poaching funding.

Joseph Kimunjino, one of the head rangers of the conservancy, has been involved in those efforts for over 20 years and he has never seen it this bad. I spoke to him in a plan surrounded by Wildebeest, Zebra and Topi Gazelles.

“If we can not run our operations as normal,” he told me, “then we fear that poachers may invade the park, kill the animals and then at the end of the day we do not have animals. They will eventually destroy the whole Mara.”

It sounds alarmist, but the facts back him up. Every herd requires a critical mass to survive and to move. Experts believe that between 40,000 to a 100,000 wildebeest are poached a year. If the poaching increases to a certain level, it could spell disaster.

“If the numbers of animals in the migration were to reduce below a certain number,” says Brian Heath, the CEO of the Mara Conservancy, “then that migration may not be sustained into Kenya. And that would have a huge and devastating effect on Kenya’s tourism.”

All is not lost though. Tourism could pick up and the shortfall could be met. But the Rangers aren’t waiting for that.

As is typical for ordinary Kenyans, they have tried to find a solution.

Joseph, after 20 years at the park, has started a blog to try and raise money for the anti-poaching efforts. They have managed to raise around 60,000 dollars. But seeing that they have a shortfall of almost 50,000 every month, they have a long way to go.

Without their efforts, the migration would certainly be under threat and one of the most breathtaking scenes of nature could disappear forever.

Here are some snapshots from the Masai Mara Reserve:

(WARNING: Some images are graphic) 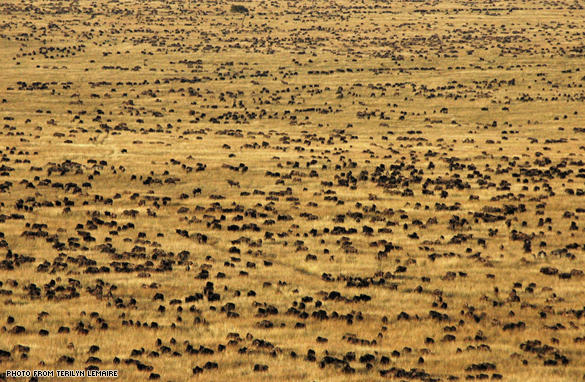 Over a million wildebeest cross the East African savanna each year in search of pasture. 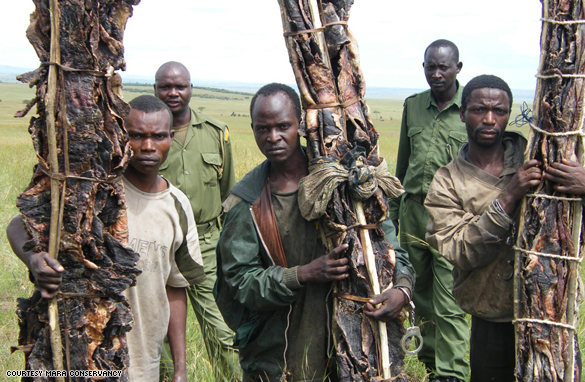 Captured poachers display hippo meat. Poachers mostly come from Tanzania and kill animals for bushmeat that they sell back in their country. 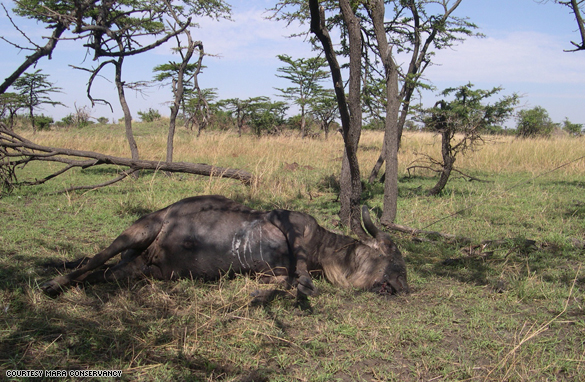 Poachers set steel snares amongst the thorn trees to capture wildebeest headed on the migration. 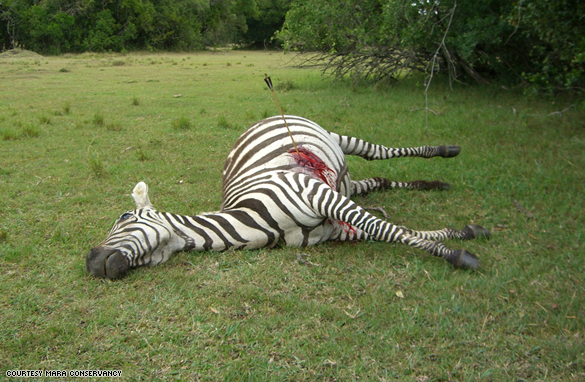 A zebra felled by a poachers arrow in the Mara Triangle 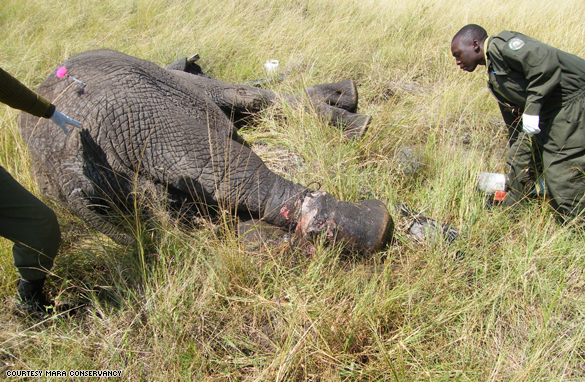 The snares are meant for wildebeest, but even the mighty elephant is caught.

Miraculously, this elephant survived the ordeal.