The TSA and me – Keeping us all honest 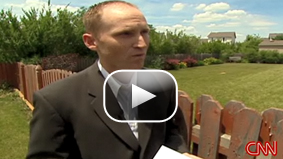 TSA questions a former air marshal about e-mail on talking to CNN. Here's a preview

Here’s a little behind the scenes truth telling most reporters, well a lot of reporters won’t admit: we all fear being wrong. The day after we reported the lack of federal air marshals on domestic flights was one of those days I felt that fear. The Transportation Safety Administration publicly came after our reporting. The agency set up a blog on its website, challenging our numbers, calling the report itself false, eventually even going to congress and testifying that CNN got it wrong.

Even though our report was heavily vetted by CNN, and obviously, we knew we had it right….that darn morning-after fear set in. So I immediately began working my contacts. I re-checked my notes, my facts, interview logs and by mid-morning I was again breathing a sigh of relief. According to sources high and low, in government, in cockpits and sitting with some of you in the commercial sections of aircrafts, our reporting was spot-on.

The added confirmation came last month when former federal air marshal and Iraq war vet Jeff Denning called to tell me the TSA sent out its investigators to try and find out our “source”. What the TSA initially called “a myth” is now apparently being investigated as a potential leak of classified security information. I guess the fear at TSA is CNN actually got it right.