You can search all you like for context to the suddenly infamous New Yorker cover in the pages of the magazine, but there's no point.

New Yorker covers are generally stand-alone commentaries, unconnected to the content of the magazine. The big story on Obama this week is about his rise in Chicago politics. There's a short piece too, about his move to the center. Neither refers to the misconceptions about his faith.

The New Yorker covers are often funny, sometimes sublime (the all-black memorial to the twin towers stands out), and occasionally off key.

Depending on how you see it, the Obama cover is either a brave attempt to force readers to confront the mistruths about the candidate, or an ill-conceived and offensive attack. Or both. 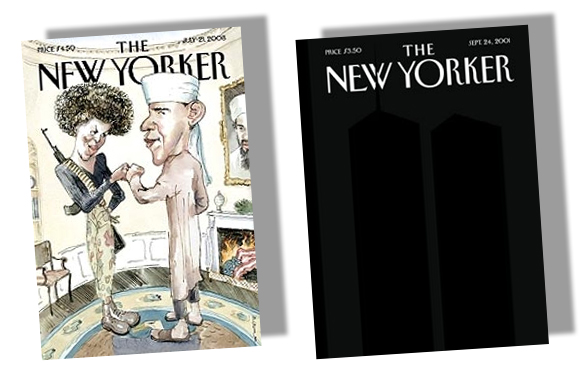