Prince Harry gestures during a football match at the school for disabled children in Batha-Bathe near Maseru, Lesotho today. Harry and a group of 26 soldiers from the Household Cavalry Regiment are helping to rebuild a school in Lesotho. The project to rebuild the school is being supported by Prince Harry’s charity, Sentebale, and by the Household Cavalry’s own charity, the Burnaby Blue Foundation. 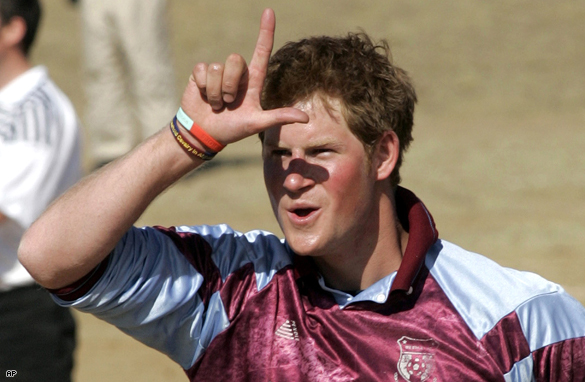