Who are the FARC? And what do they want?

Held hostage for more than 5 years, three Americans are now free. They were among the 15 hostages held by Colombian rebels rescued today. Former Colombian presidential candidate Ingrid Betancourt has also been rescued, held for almost 6 years.

Known as FARC, the Revolutionary Armed Forces of Colombia, the rebel group is known to hold at least 750 hostages in the jungles of South America.

So who are the FARC? and what do they want?

Take a look at this recent piece by CNN’s Karl Penhaul (posted before the recent news of the release, and the recent death of leader Manuel Marulanda) to better understand today’s new developments: 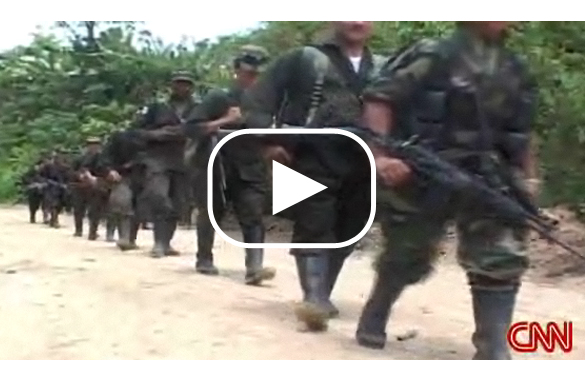