Travel Tip: New Hampshire is as hot in the summer as it is cold in the winter.

Best part of the trip to Unity: The Honorary Mayor introduced Obama and Clinton by telling us he's been a Republican all his life and voted for John McCain in the primary.

She said any of her voters who were thinking about voting for McCain need to think again.

He started with an ode to Hillary, all historical and stuff, and then right in the middle he said, "She Rocks. That's what I'm trying to say."

Oh and a Clinton type dropped by as I was madly putting together a report to tell me that Hillary donated the maximum amount allowed to the Obama for President Campaign.

Also–sit down for this–Guess who else ponied up? William Jefferson Clinton

Wheels up back to DC

The Fall…and Rise of the Clinton Empire

Just when you thought it was safe to watch political news again, take a look at those pictures of her and Obama standing hand in hand, and brace yourselves, Hillary haters.

All of you out there who are celebrating because her campaign is over, all of you who danced in your living rooms when she made her concession speech, all of you who said “Finally, the era of the Clintons is over.”

And all of you whose hearts were broken by her defeat; raise your eyes.

Because many political watchers here in DC are convinced Hillary Clinton is emerging from this election stronger than she went in, despite her loss... END_OF_DOCUMENT_TOKEN_TO_BE_REPLACED

Here is the footage from the demolition: 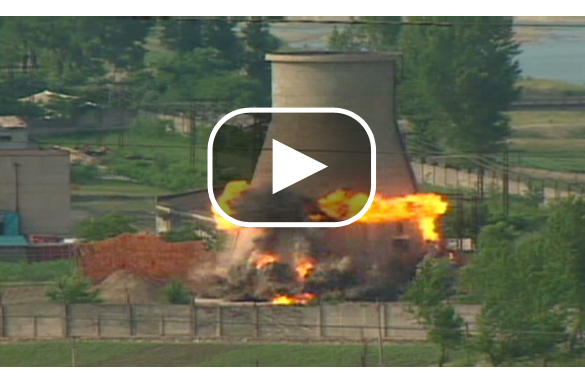 ...Here's a vlog from CNN's Christiane Amanpour, sharing what it was like to watch history being made in Yongbyon, North Korea. 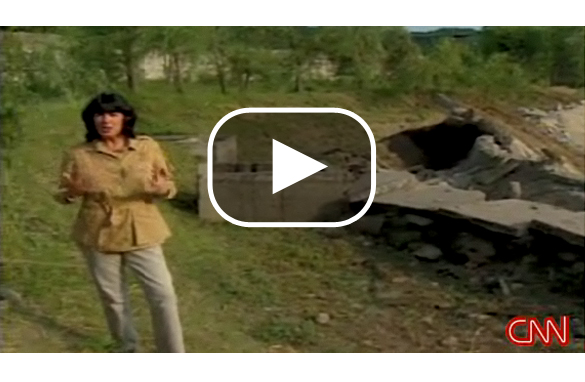 It appears the captain has illuminated the ‘Beat 360°’ sign... 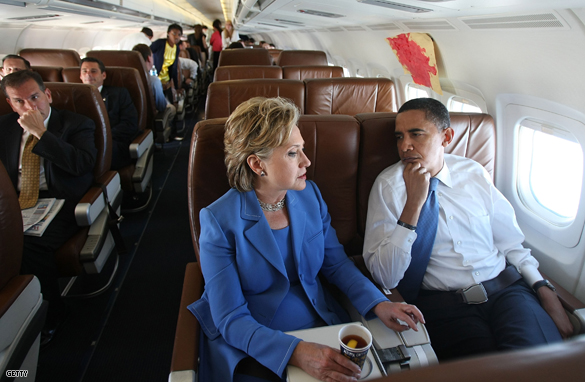 UPDATE: Check out our Beat360° winners 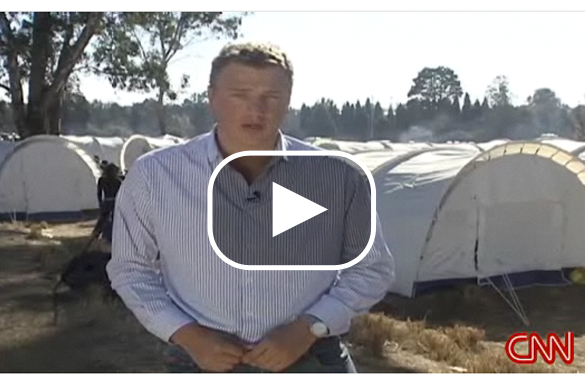 CNN's David McKenzie speaks with Zimbabweans at a refugee camp in Johannesburg, South Africa; sharing why they fled, why its not safe to vote, and what should be done to fix the country... He filed this vlog:

There is substance here, somewhere

Apparently nothing untoward happened on the plane because now they are riding in an RV together. Yet another lost opprtunity for a hidden tape recorder.

BTW; the campaign says they absolutely positively did not plan to have his tie match her suit.

I have failed you, dear reader–i tried for substance. I asked a top advisor for the substance of the day.

I pressed another for news of any day.

On cell now to see if i can find any..

Hour and a half drive to the Unity for Change rally in Unity, New Hampshire...in accidentally matching outfits.

Methinks they doth try too hard. It's giving me a sugar high.

Unlike the GOP at its best, Democrats have a history of disunity. The party's often been, yes, too democratic for its own good at the polls. So now, after the hard-knuckled primary fight, can Dems pull it together this time? Senators Obama and Clinton are trying, speaking with passion at a meeting of her top fundraisers last night. And they're about to try again today at a "Unite for Change Rally" in New Hampshire, the first time they've appeared publicly together since she conceded the primary fight a couple weeks ago.

But where's Bill, anyway... have you ever seen him so shy?

END_OF_DOCUMENT_TOKEN_TO_BE_REPLACED

John McCain and the Ethics of Taking Weekends Off

In an article entitled, “John McCain Doesn’t Work Weekends," Politico.com reports that the presumptive Republican presidential nominee chooses to spend Saturdays and Sundays with family and friends rather than staying on the campaign trail.

The tone of the article, beginning with its headline, suggests that McCain is committing not just a political sin, but a moral one as well. It’s as though McCain had been found guilty of being cruel to animals or something similarly abominable.

END_OF_DOCUMENT_TOKEN_TO_BE_REPLACED

Tickets that take you for a ride

Anyone who tries to buy tickets to a big sporting event or concert knows how maddening the process is. To the average consumer, it seems as if all the good seats are gone even before the moment they are put on sale.

Well, I am writing this to tell you the whole business practice that makes you have that feeling is likely even worse than you think... END_OF_DOCUMENT_TOKEN_TO_BE_REPLACED

Obama and Clinton... So happy together 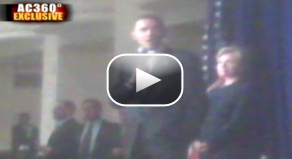 AC360° obtained exclusive cell phone images from inside a meeting between Clinton fundraisers, Sen. Clinton, and Sen. Obama. Candy Crowley discuss Obama's donation to the campaign of his former opponent.

We are all aboard the love plane here at national airport.

So far so good for the dynamic duo.

They are seated next to each other exactly 14 rows up. Only now does it occur to me I should have hidden a tape recorder between the seats. But maybe it's more fun to imagine what they're talking about. Her debt? Her husband? His wife?

Are you sitting down?

They kissed while greeting each other on the tarmac.

Just a light brush on the cheek–he to her. Sort of like second cousins once removed who share the same last name but have never met before.

What? You were looking for substance at 9;30 in the morning?

Rolling down the tarmac–on the lookout for substance from Unity.