Here is the ‘Beat 360°’ pic of the day: Melania Trump, Donald Trump and Naomi Watts pose at party at the Park Avenue Plaza in New York June 23, 2008 to introduce the Trump International Hotel & Tower Dubai . 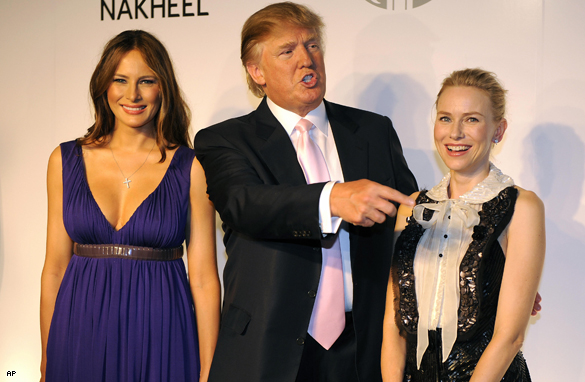