Here is the ‘Beat 360°’ pic of the day: Former White House Press Secretary Scott McClellan listens to his lawyer Michael Tigar during a hearing of the House Judiciary Committee on Capitol Hill June 20, 2008 in Washington, DC. McClellan, a former White House press secretary for U.S. President George W. Bush, appeared before the committee to testify about the leak of CIA agent Valerie Plame's identity. 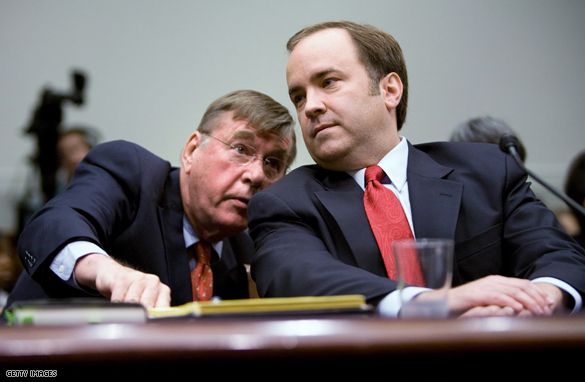 And starting Monday, you can win a “I Won the Beat 360° Challenge” T-shirt!