What does the death of Tim Russert teach us?

The death of Tim Russert touched me deeply. I never knew him personally, but like many of those who watched him regularly, I felt as though I did.

I was particularly moved by the outpouring of love and affection from journalists. The emotional highlight was the roundtable discussion that Tom Brokaw led on Sunday’s “Meet the Press.” I’m glad that Brokaw broke his own “no weeping” rule toward the end of the program, when he choked up as he recalled the bond he shared with Russert; Mike Barnicle came close to doing the same shortly afterward. It’s been a long time since journalists allowed their feelings to come through so boldly, and rightly so.

Amidst the swirl of memories and emotions, I wondered if the panelists ever told Russert while he was alive how much he meant to them. If not, they wouldn’t be alone. After all, when are we most likely to tell someone that we care deeply about him or her? At that person’s funeral! How much good does that do for the departed? Not a lot.
END_OF_DOCUMENT_TOKEN_TO_BE_REPLACED 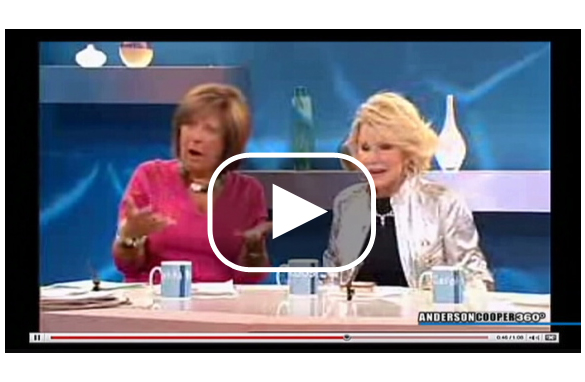 In Iowa, grace under pressure

There is a song in the famous musical “The Music Man” called “Iowa Stubborn.” In that song, there is this line: “There’s an Iowa kind of special chip on the shoulder attitude we’ve never been without that we recall.” I think about that right now because, if you’ll allow me to generalize, the truth is just so much the opposite.

I have spent several days now with Iowans who are suffering greatly after floodwaters pulverized their homes, their neighborhoods, and their lives. Despite that, they are incredibly friendly and happy to see journalists like me wander into their lives.

END_OF_DOCUMENT_TOKEN_TO_BE_REPLACED

In Iowa, a river still rising

The weather is beautiful in Gulfport, Illinois; this time of year the sunsets are gorgeous. That's why it's so strange to see this town in the middle of a natural disaster. I literally thought I was staring at a lake on the outskirts of town. It was actually a corn field submerged by the flooded Mississippi river. A breached levee began spilling water here about 4a on Tuesday. The agricultural impact in Gulfport and throughout the Midwest is astronomical. By the time the water recedes, it will be too late for farmers here to replant their crops, mostly corn and soybeans.

The fields may be drenched, but so far the homes are safe. But the river still hasn’t crested. That means water could soon be rolling through neighborhoods. People throughout the town are clearing out their basements, the first part of the house to flood. We also saw an effort to build a temporary levee. Crews are unloading truckloads of dirt behind people's homes to block any rushing water. Success isn’t guaranteed. A few days ago in Des Moines, Iowa, we watched National Guard troops do the same thing, but the water plowed right through and flooded at least 20 homes.

The Supreme Court – rewriting the law

The Supreme Court once again follows its customary practice of grabbing new power for the judiciary in the latest Guantanamo case. As usual, it does so while insisting that it is only neutrally applying its long-standing precedents.

The petitioners in Boumediene v. Bush are aliens held by the military as enemy combatants at Guantanamo Bay, Cuba. They insist that they are entitled to habeas corpus review of their detentions. However, nonresident enemy aliens have no right of access to American courts in wartime under the Court’s ruling in Johnson v. Eisentrager (1950). So military tribunals at Guantanamo, established by the President in response to congressional legislation, are designed to protect aliens’ rights.

The writ of habeas corpus historically has been available only on U.S. territory. But Guantanamo is Cuban territory, leased by the U.S. One might have thought that would settle it, and the Court would allow the Bush Administration to implement the congressional legislation intended to protect the human rights – which are not the full rights of U.S. citizenship – of detainees such as the ones at Guantanamo.

END_OF_DOCUMENT_TOKEN_TO_BE_REPLACED

Here are some of the stories we wanted to get you up-to-speed on:

The rising Mississippi River broke through a levee Tuesday, forcing authorities to rescue about a half-dozen people by helicopter, boat and four-wheeler as floodwaters moved south into Illinois and Missouri. Residents of this small town in Illinois, like many others who live along the banks of the surging Mississippi River, raced against the clock levees all along the mid-Mississippi were being topped with sandbags Tuesday as the river, fed by its flooded tributaries, continued to rise.