Here is the 'Beat 360°' pic of the day:
Sen. Barack Obama, embraces former Vice President Al Gore after being endorsed by Gore at the Joe Louis Arena in Detroit, Monday. 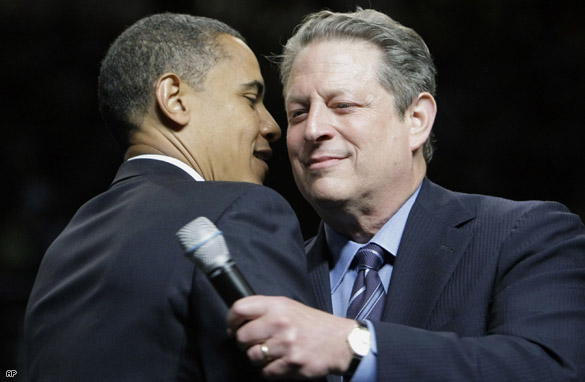