Here is the 'Beat 360°' pic of the day: Italian Premier Silvio Berlusconi, right, jokes with U.S. President George W. Bush during a meeting in Rome's Villa Madama, Thursday, June 12, 2008. Bush is in Rome on the second of a three-day visit, part of a tour of Europe. Friday Bush will be received by Pope Benedict XVI. 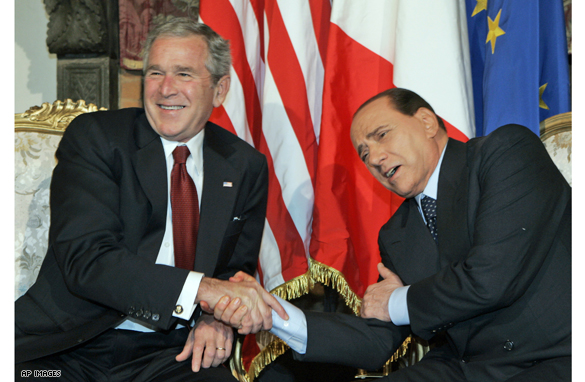