Here is the 'Beat 360°' pic of the day: Former President Bill CLinton, left, introduces former British Prime Minister Tony Blair at the announcement of the formation of the Tony Blair Faith Foundation, in New York Friday May 30, 2008. 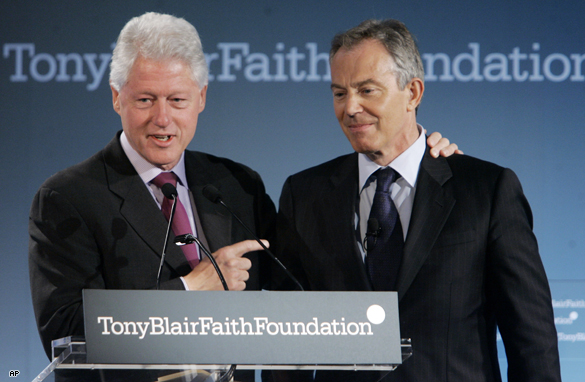