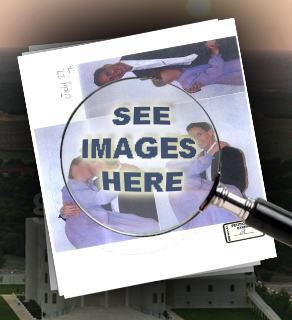 You can view court evidence here.

There's only one way to describe these pictures of Jeffs. They are disturbing. I'm sure that's the reaction the attorneys for Texas child protective services was going for when they showed them to the court. The state later successfully retained custody of one of two babies born to FLDS mothers while in foster care.

According to testimony, one of the girls seen kissing Jeffs was the baby's aunt, lived in the same home with the parents and was only 13. The state provided no context for the photos–we don't know why they were taken or where authorities found them. But, it's clear, these pictures had an impact on this hearing and proved to be an effective weapon for the state when they try to prove the existence of a pervasive pattern of abuse at the Yearning for Zion Ranch.

The pictures are of Warren Jeffs and 2 minors...

These pictures were entered into evidence on Friday for the Jessops custody hearing but also released to the media...