Here is the 'Beat 360°' pic of the day: Former President Bill Clinton standing with his daughter Chelsea as he strums a locally-made guitar just given to him while campaigns for his wife, Democratic presidential hopeful Sen. Hillary Rodham Clinton (in Ciales, Puerto Rico). 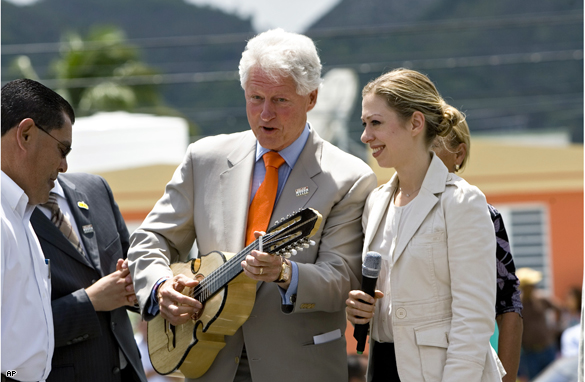 Update: Check out our Beat 360° winners!