Here is the 'Beat 360°' pic of the day: Brazilian Indians ride a bus in Altamira, Brazil. Amazon Indians and activists continue to protest a proposed hydroelectric dam on the nearby Xingu River 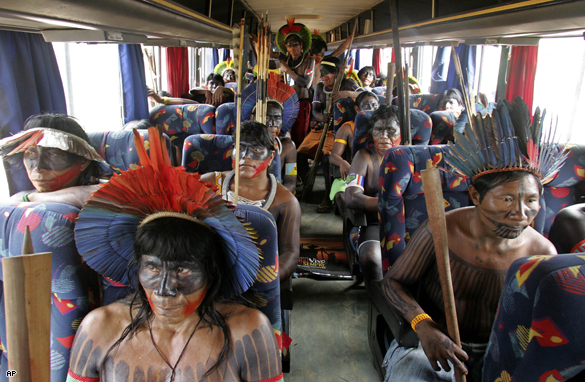