Taking race out of the race... 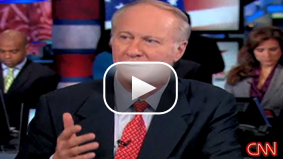 Exit polls from last night's Kentucky primary reported 21% of voters said race was important in making their decision... 81% of those people voted for Clinton.

As Anderson pointed out, these results came from people who were confident enough to admit their feelings on race to a complete stranger taking a poll – Mindful of people unwilling to admit this, the number could be even higher.

David Gergen asks the question – shouldn’t Hillary Clinton come out and say 'If you are voting against Obama because he is black, I don’t want your vote...'

…Taking race... out of this race

What do you think?