Here is the 'Beat 360°' pic of the day: Former President Bill Clinton pets Nelson, a Saint Bernard, outside a restaurant in Louisville, Kentucky. 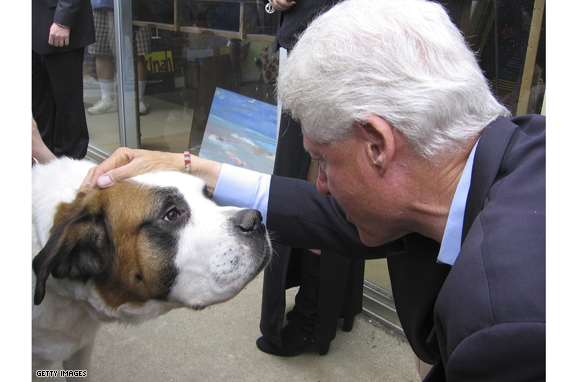 "What’s that boy?!?
You say Hillary’s trapped in a never-ending primary campaign?!?
Over on the road to the White House?!?"