Editor's note: WE ARE UP FOR A WEBBY AWARD THANKS TO YOU!- SO VOTE FOR US HERE!

Here is today’s “Beat 360°” pic of the day: Here we see President Bush conducting the United States Marine Corps Band, known as "The President's Own," during the annual dinner of the White House Correspondents' Association. 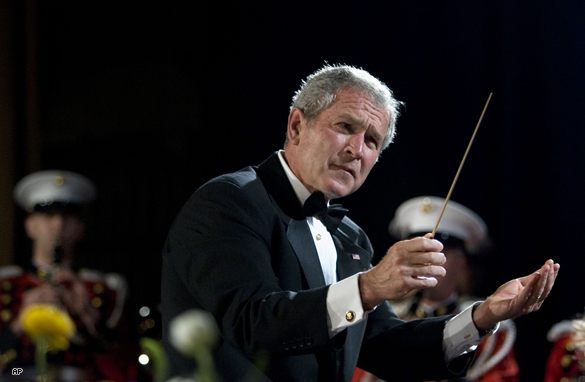