With all this heat from campaign trail, I thought you could cool off with a little ‘Beat 360°.’

Here is today’s “Beat 360°” pic of the day: Here we see Flocke, the three-month old polar bear cub playing with a TV camera during the first week of her public appearance at the Nuremberg Zoo in Nuremberg, Germany. 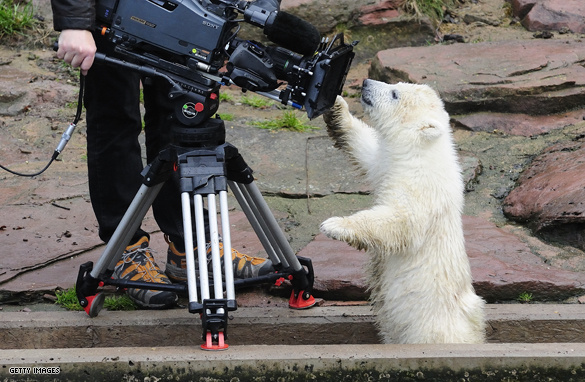