On Bitterness and Business

From The Daily Yonder:

Senator Obama's depiction of rural Americans at a gathering of urbanites set off a new cluster of campaign brushfires. Did the message about rural economies burn up along the way?

In the Kentucky legislature there’s an insider’s rule for those who want to stay elected: Don’t make your Frankfort speech back home, or your back-home speech in Frankfort. That is to say, the speech you make when you are out campaigning in small coal field towns or in the tobacco patch about how we are not getting our fair share and about how the city people in Lexington and Louisville get all the advantages isn’t the speech you make at the state capitol. In those halls, a more sophisticated discourse about restraint and responsibility wins over your colleagues - and in the end gets you the bacon you need to bring home. 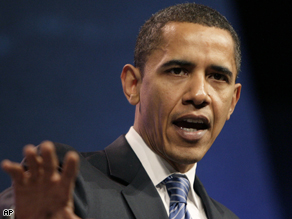 Barack Obama thought he was making his out-of-town speech to the right people, but the folks back home on the hustings got wind of it, too.

He was explaining his difficulty winning over small town voters in the East to a gathering of well-heeled donors in suburban Marin County, California, last Sunday, and talked himself into a deep political hole.

He began by pointing out what national politicians seldom mention: the continuing and systemic disappearance of rural economies. Reporter Mayhill Fowler quoted Senator Obama in Huffington Post: "You go into some of these small towns in Pennsylvania, and like a lot of small towns in the Midwest, the jobs have been gone now for 25 years and nothing's replaced them. And they fell through the Clinton Administration, and the Bush Administration, and each successive administration has said that somehow these communities are gonna regenerate and they have not.”

What he said next was not what he would have wanted to say to people back home in Indiana or Pennsylvania. “And it's not surprising then they get bitter, they cling to guns or religion or antipathy to people who aren't like them or anti-immigrant sentiment or anti-trade sentiment as a way to explain their frustrations."

There may be a measure of truth in all stereotypes. That is why they are so dangerous to use. Who wants to be on the receiving end? Who wants to be labeled? Even in the context of sharing polling data that correlates professed values with recurring disappointments, who wants to be summed up and explained away for the benefit of Marin County donors? My bet is that the voters across the Bay in inner-city Oakland would enjoy the experience no more than those in small-town Pennsylvania.

As this political tempest runs its course, the challenge is to see if the country can get beyond a debate about whether small town voters are bitter. (If you readers are keeping score at home, Clinton and McCain say rural people aren’t bitter. And Obama now says he should have put his point another way.) The real challenge is to follow up on Senator Obama’s earlier candid moment. Rural life is threatened by economic policy that perpetually fails rural communities.

There are sixty million of us in rural America. The poverty rates are substantially higher, as are rates of unemployment, substance abuse, diagnosed clinical depression, and deaths in Iraq and Afghanistan. The way we have come to address these specific issues is that every four years presidential candidates come to Iowa and take a stand on ethanol subsidies. As if it mattered. That so many small-town voters are not embittered by a national political process that ignores them may be a more unflattering testament than the annotated list of Senator Obama’s stereotypes.

Sadly, what is missing from the political debate are speeches about how robust rural economies lift national prospects, fill the coffers, expand opportunities. And in a time when the world is struggling to re-imagine how it will feed, fuel, and heal a damaged planet, a full-throated oratory on where rural fits in may find surprisingly attentive audiences both back home and in parlors beyond.

-Dee Davis, president of the Center for Rural Strategies, which publishes the Daily Yonder.