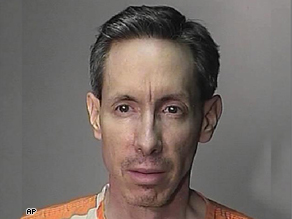 Among the many restrictions on members of the FLDS polygamist sect, one of the most severe is on music. Warren Jeffs, the church's self-proclaimed prophet who is now in jail, imposed a total ban on popular music.

But Jeffs penned and recorded many of his own songs with church members. Over the years we’ve gotten hold of about 12 of these songs and often played parts of them during our news coverage. Hearing the words and often the voice of Jeffs on these low-tech recordings is creepy. But you can’t help but be drawn in. It is like peering through a keyhole and getting a glimpse of the old-fashioned obeying, orderly, and devoted world on the other side.

When news of the raid on the YFZ ranch began to break, one of the first details we learned was that the name of ranch came from a song written by Jeffs called “Yearning for Zion.” Naturally, we wanted to find the song—and that became my mission.

At first, I thought it would be simple. I would just Google it. But to my shock and dismay, it did not exist in Googleland.  How about YouTube? Every song is on YouTube.  But not this one.

I quickly realized that I was looking for a song in my world that existed in a completely different one.

So I hit the phones. I called one former FLDS member we’ve had on the show several times. She told me she knew the song (great!), when they were in the church her children had it on their i-pods (i-pods?!) but when they left the sect she wanted all remnants out of her house. So the songs were purged. (Strike two.)

My next call was to a private investigator who's been researching the FLDS for years. I was told he has more information on the church than anyone. And in fact, he thought he had the song, but had no idea where it was among his stacks of documents and myriad hard drives. He would look, but it would take days.

As it turns out, it meant that if this woman found the song she would email it to the volunteer only at home (not to the organization’s address) and the volunteer would then email it to me. It was a bit like trafficking. And in the end, the woman got cold feet. It made me realize how difficult it is for anything to leave the FLDS church. Even a song.

I then called another former FLDS member. She had the song somewhere but was sitting in her car outside Colorado City, Arizona hoping to help rescue a girl who wanted to leave the community. She was waiting for this girl to call her back. Suddenly my request felt extremely trivial. Still, she promised she would help me find the song, and the next day, she did. She sent me to a documentary film maker with whom she worked, and he sent it to me just 20 minutes before air time.

I do not know if the young girl from Colorado City ever escaped.

My 48-hour quest ended with a relatively simple solution. But the process of finding this Warren Jeffs relic was more telling than the song itself.