Here is today’s “Beat 360°” pic of the day: A firefighter looks out of a parking house as half of a car hangs out of the building... The driver, a 49-year-old woman who remained unharmed, had tried to park her car backwards and alledgedly mixed up the gas and brake pedals (ya think?!) 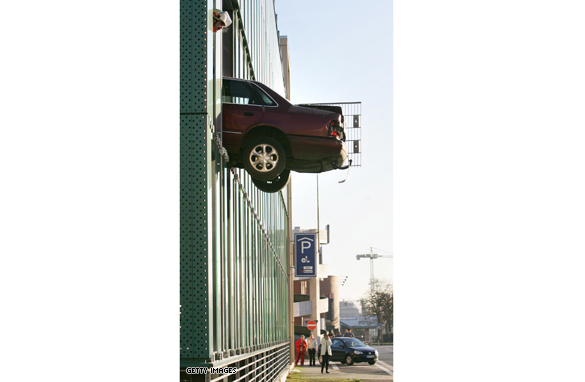 UPDATE: Check out our Beat 360 winner!