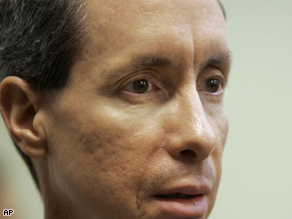 The followers of Warren Jeffs' FLDS church do not like to deal with outsiders. They don't trust them, and are often scared of them.

I know that because I've been one of those outsiders trying to interview chuch members with varying degrees of, well, lack of success.

So now, with law enforcement personnel raiding their compound in El Dorado, Texas, the tension level must be remarkably high.  Jeffs' church is the largest polygamous sect in the United States, with an estimated 10,000 members.

Jeffs himself is in jail; convicted in Utah on charges related to arranging marriages of girls to men. He faces more charges in Arizona. But by most accounts, it appears he is still leading this church.

Jeffs' followers believe he is a prophet of God. They believe his revelations hold more weight than state and federal laws. When I've asked followers what they think of children marrying older men, they say if the prophet says it's right, then it's right.

The FLDS church is based in the neighboring towns of Colorado CIty, Arizona and Hildale, Utah. One of the reasons they moved hundreds, if not thousands of the members to El Dorado, Texas is because there is a huge wall around their compound offering privacy and protection. The idea is to keep outsiders away.

Now the outsiders are on the inside. And undoubtedly much to the dismay of many in the church, they used the law to do it.