Sorry to keep you waiting! I'm sure you've been on pins & needles waiting for tonight's ‘Beat 360°.’ So lets have a go at it!

Here is today’s “Beat 360°” pic of the day: Wei Shengchu of China displays acupuncture needles in his forehead during a self-acupuncture performance last year. Wei inserted 1,200 needles into his head skin during the show. (show off!) 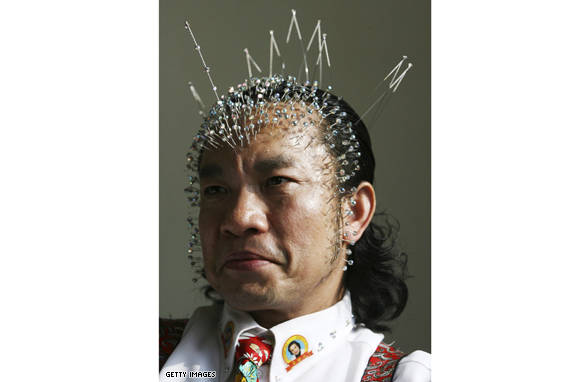 Here are one or two to get you started:

“Actually, I think the headache has gotten worse”

“And now… we stick you with the bill”