Happy Wednesday! It’s time for ‘Beat 360°.’ Everyday we post a picture – and you provide the caption. Our staff will get in on the action too.

Here is today’s “Beat 360°” pic of the day: A supporter of Democratic presidential candidate Hillary Clinton holds up a cardboard cut-out of Clinton in a boxing pose at a campaign rally 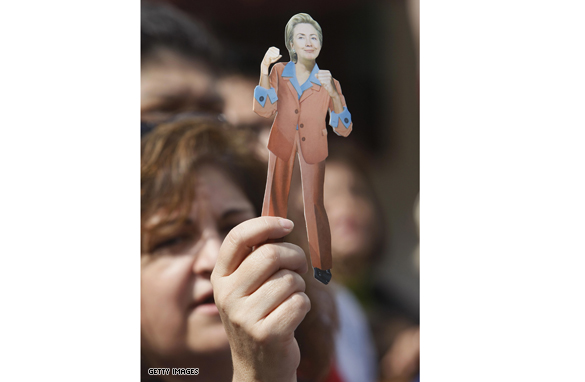