Where are the air marshals?

Four months ago I was having dinner with a fairly high ranking federal law enforcement officer. He'd just flown into Washington DC from overseas and told me "guess what? I was the air marshal." 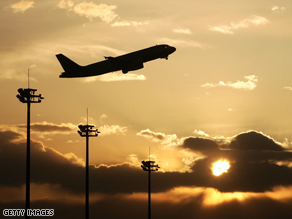 It was a joke. He's not an air marshal. But since he is an armed federal law enforcement officer he is told when air marshals are on his flight.
They've been missing he says for at least a year.

So for the last four months my producer, Kathleen Johnston, and I have been asking pilots, Feds, anyone in the know, "where are the air marshals?"

The answer was always the same, we haven't seen any in a long time.  Tonight you will hear from the air marshals themselves. Call them Rare Marshals.

Their actual numbers are a National Security Secret. That's why the air marshals don't want to be identified. But the real secret, they think, is much too dangerous to keep.

Check out the full story here