Why did police shoot?

What would lead police to shoot and kill an unarmed young mother holding her baby boy in her arms? We flew to Lima, Ohio to find out.

We found a community with a deep distrust of its police force that was brought to the surface with the shooting of Tarika Wilson.

This past January, Lima police stormed Wilson's home with a warrant for her boyfriend who was a suspected drug dealer. Wilson’s family says during the raid, police shot Wilson while she held her 14-month-son in her arms. 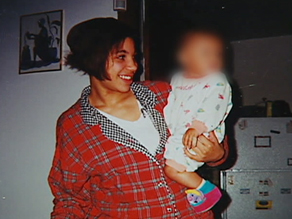 Wilson died, and her baby was hospitalized with a gunshot wound to his shoulder and hand.  The raid is now under investigation.

Lima has been under scrutiny since the raid. Many people have pointed to racial tension in the town between the residents, many of whom are African American, and police, who are mostly white.

The tension is reflected in emails sent from angry community members to a local newspaper.

Many emails were critical of Tarika Wilson, pointing to the fact she had several children with different fathers.  These comments are troubling to her family and supporters.   What does her having several children have to do with circumstances surrounding the shooting?

We wanted to speak with Police Chief Greg Garlock about the rift between the community and his force. Garlock initially agreed, but then canceled the interview with no explanation.

To his credit, Lima’s mayor was candid about the problems facing the community, and urged everyone to wait for the results of the investigation.

But the facts remain, Tarika Wilson was unarmed; she's dead; her wounded son is left without a mother; and so far no one has been able or willing to explain why.