The importance of being able to keep growing

Last night I missed the Democratic debate because I was flying back from Miami from a gathering of leading social entrepreneurs - young men and women whom I greatly admire. But I did manage to catch a chunk of the debate in a re-run. 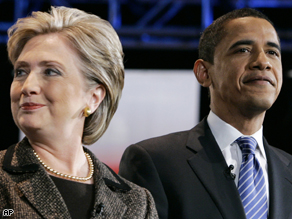 What I saw was a Hillary Clinton who was once again poised, energetic and masterful in command of policy. Yes, she was more argumentative, constantly criticizing her opponent and even the moderators (her worst line was about Saturday Night Live and how the press treats her so badly by always asking her the first question - imagine how some of her earlier rivals feel about that after barely getting any questions at all). Still, this was very much the same woman who went on stage in the first debate in New Hampshire and clobbered Barack Obama. Debates have been her best forum - her trump card.

Her problem is that the man showing up against her is not the same one on that stage in New Hampshire. Gone is the tentativeness and the stumbles, the hems and the haws. No, Obama has grown in this campaign into a polished, thoughtful, confident debater - and let there be no doubt, a man who is also substantive and subtle. He is the single most improved candidate of the entire campaign. In the last two debates, he has easily held his own against her. When she goes after him to excess, he has even learned how to look more presidential than she does.

The net result is that he has seemingly taken away her trump card.

When Clinton beat Obama in New Hampshire, the big news was that she had saved her campaign - and that he may have lost his moment. There was great sadness in the Obama camp. Looking back, the Obama camp ought to be thankful for that loss: the longer campaign has given him a chance to show most of the country who he is and how capable he is of personal growth. He will need that and more if he now becomes the Democratic nominee and faces John McCain in the fall.