It's not Wesley Snipes; It's your safety

NEW YORK — Wesley Snipes gambled last week and he won. The actor had been charged with eight counts of federal tax evasion and fraud. He decided not to testify. In fact, the defense opted not to put on any evidence at all. And last week, I called that a big gamble. 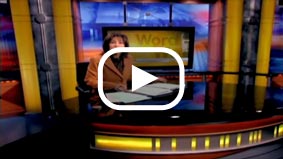 But now we know it paid off. Snipes was acquitted of the five felony counts against him, convicted of only three lesser charges. And instead of 16 years in prison, he faces a possible three and likely won’t go there at all.

But here’s why this case matters. It’s not about Mr. Snipes or his celebrity. At bottom, it’s about our taxes. And simply put, we don’t like to pay them.

You want health care? You want public schools for our children? How about a military that can defend our democracy at home and abroad? You like those roads you drive on? Those bridges and tunnels? You want firefighters to put out your fires, police to protect you? Even trash men to pick up your trash?

Then you need to pay your taxes. And that’s the Last Word.