Look what happened in South Carolina. All week last week I was reporting about black women voters there and the struggle they face in deciding whether to vote their race or their gender in choosing between Sens. Obama and Clinton. 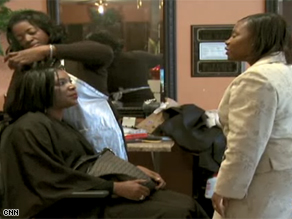 The experts I spoke with told me in the black community there is a perception that race trumps gender so any black woman voting for Hillary Clinton might be considered a sellout.

Every black woman I talked with said they were planning to vote the issues and hoped others would do the same.

Whether they did or didn’t in the end, black women sure turned out for Sen. Barack Obama.

The much-coveted voting bloc overwhelmingly voted for Obama: 78 percent of black women went with the Illinois Senator. Never before has this group held so much power in deciding who could become the democratic nominee. As Obama and Clinton move toward Super Tuesday do you think we’ll see the same voting trend? What about women in general?

Among women, Obama defeated Clinton in South Carolina 54 to 30 percent, reversing what had happened in New Hampshire after his big win with women in Iowa.

Things are sure to get even more interesting from here on in. Send me your thoughts!